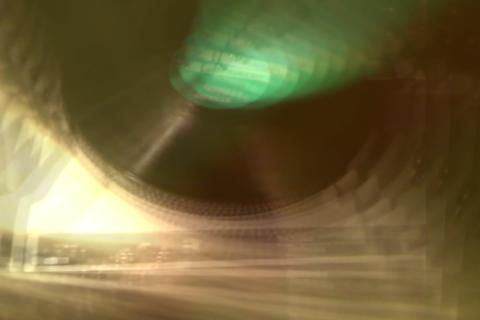 I’ve been noticing that strange morning confusion lasting longer and longer into the day. That disorientation and confusion is nearly gone usually by noon at the latest, sooner if I have my morning Joe. It fades but never quite goes away.

Living with any altered state does have its benefits, I’ve noticed new things about myself that I haven’t noticed before. I can’t imagine this is new unless it’s a symptom of the same problem.

I think our biological beings work different than we suspect. I think we kind of assume that our brains are an on/off switch. Thoughts are thought and then disappear, right? But lately I’ve been noticing that my thoughts don’t disappear, rather they slowly fade in the sense of a half life or a feedback loop.

I know it sounds strange but try it for me, maybe when you’ve had a couple drinks or a hit of something. When a particularly impactful idea crosses your mind, just sit back and observe where it goes. I’d bet you it sticks with you longer than you expect.

Sounds like it is as bad there as anywhere:

Is this a hysteria related to the strange natural phenomena reported in nearly every populous city in the western world?

No, it sounds exactly like what I’ve been dealing with for the last few months. And it’s only getting worse. I can’t even run into someone on the street that doesn’t have some similar symptoms. I’ve started trying to just be calm and present with the cloud in my head and have come to some understanding with it. I’ve mused about it before as a feedback loop and I am more sure that’s the perfect way to explain what we’re all starting to sense. I think maybe even our animals are dealing with it. It would explain the sudden rise in severe reactionary responses in our pets lately.

My best explanation of the sensation is, if you’ve ever been super high on weed (no this is not a pot joke), it’s that feeling. Where your thoughts or the things happening around you become ultra detailed and the more you focus on them the easier it is to focus. Kind of a mental feedback where it all gets more powerful and sometimes very overwhelming.

Some people think it’s some kind of chemical warfare. I gotta say no. It’s much to widespread. Some are saying CERN did it. Two theories: One, they’re opening gravitational vertices that are cracking the earth’s crust globally and releasing this chemical into the air. Two, the gravity alone is enough to upset our natural balance and create this mental confusion.

I gotta say no there too but I don’t have a better explanation either. These CERN scares are widely debunked – no doubt the black holes they’re creating are far far too small and short-lived to cause any problems. And none of them explain the skies and the clouds of ash.

So what is it? I don’t know. I’m starting to suspect that this Feedback Loop we’re experiencing is something we’re ALWAYS tapped into. It just takes an altered state to bring it to our attention. Why is it happening now? Well, what do you think? Any theories? Tweet me @DanThantanos with your thoughts.

I’ve been trying to put together my earlier posts and reconcile it all with what I’m reading in the news tonight.

Unfortunately the cloudy-headedness is back and I can’t think straight enough to even type. Maybe some sleep will help. I can’t really say where I’ve been the last 24 hours. These psychological phenomena feel to me so much like a bad high. Dreams transition seamlessly into waking life, waking life gets lost in the feedback loop. I suddenly was aware today that I was drying some dishes and couldn’t remember how long I had really been doing it.

I’m handling it better than many. A couple of my friends are drinking a lot. There is one fellow on my block that knocks by now and then. I think he must be checking in on a bunch of us on the block, maybe all of us. He’s handling the thing really well and we talked for quite a while about what was going on. The tv and internet don’t provide much info, it seems like most of the world is experiencing this same stuff right now, lots of people confused, crazy skies. He thinks it’s a natural event because (I’m paraphrasing him here): “if it’s happening then it’s natural some way or another.”

He must be right of course.

One thing my mind keeps going to is something I wrote about a while back. Maybe the world isn’t the physical clockwork that we’ve observed. It’s true that it does conform to certain predictable patterns, but what if there’s some kind of tipping point? What if these laws degrade over time or what if it’s some kind of giant simulation that could be prone to bugs from time to time? Or what if it’s all a dream and we’re all waking up into some other world or maybe the dream is all there is and we don’t wake up? The dream just ends. What’s happening to humanity? I’m feeling more able to focus today so I thought I’d type this out to try and work it out in my head again. The best theories are, funny enough, pretty much the same as the Mayan apocalypse theories.

The ones that are remotely plausible anyway.

I would suppose when people heard the silliness around the Mayan calendar, they just dropped in pet theories for how things could go down. Now with this bigger, more real threat, they’re attributing them here.

1. CERN – there are protests and riots outside CERN because of their LHC which they said was shut down carefully due to a concern for the mental health of the scientists. People aren’t buying it especially since many of the phenomena seemed to be centered around Europe at the start.

2. NASA – no theory blames NASA but people accuse them of a coverup. Protests here too. They’ve been accused of hiding evidence of solar storms or some wacky quantum field (like the three day theory). NASA has been pretty upfront and honest: ‘we don’t know what’s going on’. They’ve added a full section (linked above) to their ‘why the world won’t end’ FAQ explaining the theories.

going on. My suspicion is still pretty quacky/new agey.

Probably not what’s going on but I keep getting this feeling hearkening back to that dream I blogged on back in the early days of the blog. That feeling of a hand pulling me through a door. Pretty egotistical of me to think I’m at the center of all this. Although, saying that now, maybe we’re all at the center somehow.

Nah, that’s too new agey, even for me.